Toward the end of bull markets, it’s smart to see what stocks went up in past bear markets for recession proof investment ideas. While there have been some short and minor bear markets since 2008, the severe 2008 bear market continues to provide excellent data and investing lessons for everyone. 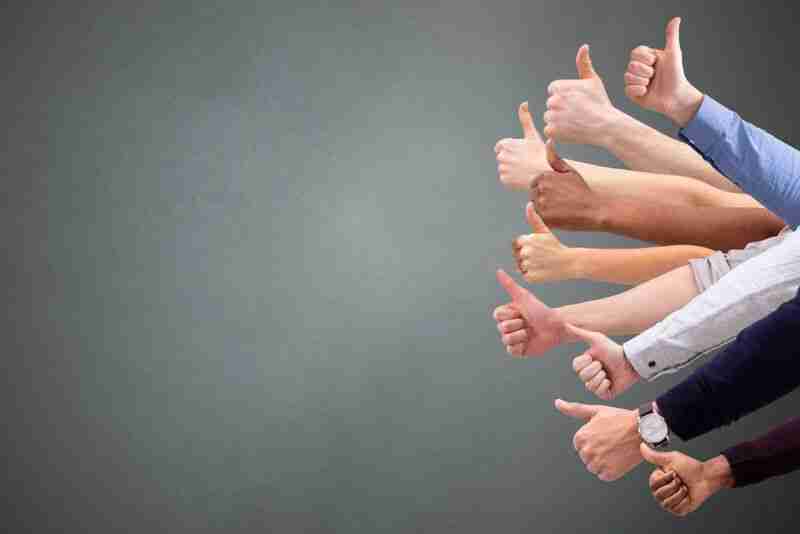 Stocks going up while the market is going down are rare since most stocks move in the same overall direction as the market, especially with the reign of index based funds.

Some of the companies on the short list of stocks that went up in 2008 aren’t surprising but a few of them will surprise you so keep reading.

Many of the stocks that went up in 2008 are from companies that sell products considered as consumer staples as explained more below.

But a few of these trend beating stocks are from companies that made smart strategic corporate moves in 2008 which increased profits, and also the price of their stock, as you’ll see in this article.

While bear markets and recessions are two different things, the two are usually intertwined. Bear markets usually happen as a result of a slowing economy, which often becomes a recession.

For this reason, in this post, I’ll mix references to the bear market that was in full force the entirety of 2008 with the recession which overlapped with the bear market and financial crisis.

Cycles in both the economy and the financial markets that lead to bull markets and occasional bear markets, or even stock market crashes, are an ongoing reality for investors. I suggest investors estimate how a stock market crash will affect their portfolio based on bear market history. This helps manage risk in the stock market beforehand as well as temper investor emotions from market cycles.

While it’s hard to know if stocks will go up or down with timing precision, we know it will do both, so as investors we may as well prepare for this reality.

There are certain things that humans need to maintain a quality life even during recessions, such as toothpaste and food. Such items are known as consumer staples.

The stocks of companies selling consumer staples tend to drop less than sectors during bear markets and related recessions.

The consumer staple category fell a huge 28.5%. This sounds bad until you remember that S&P 500 dropped over 56% in that time frame.

Several of the stocks that rose in 2008 were selling consumer staples as explained more in my related post What Goes Up When Stocks Go Down?

The following stocks went up in 2008 for various reasons. You’ll notice sector themes but a few surprises, too.

Ross stores rose 17.6% in 2008 as consumer’s cut their spending on clothes and household items by shopping at this discount retailer.

Walmart was up 20% in 2008 outperforming the S&P 500 by 58.5%. This stock falls into the category of selling low priced products as explained above.

It makes sense that diners saved money by moving from fuller service restaurants to cheaper McDonald’s.

Revenue and income both grew in 2008. People must eat to live, and they eat cheaper food during bad financial times.

Like Walmart and Ross, consumers shopped at lower priced stores.

Consumer Staples Stocks That Rose in 2008

These companies provide products and services consumers just can’t do without, even after cutting spending.

Church & Dwight had a total return of 4% in 2008. This consumer staple company sells indispensable product names including Arm & Hammer, Oxiclean and Trojan (uh-hem).

In most of America, we must have our cars. But AutoZone can also fairly be called a countercyclical company.

Like me, you may remember when many older cars were on the road for several years after the 2008 recession as consumers cut back on major purchases. (That’s when I bought our two “new” used cars!)

The automakers were suffering but AutoZone was doing just fine selling parts to keep those older cars running. It also helped that AutoZone regularly repurchased shares of it’s companies. This would support falling prices.

And it also allowed the company to buy it’s own shares at cheap prices.

By the way, now, I’ve noticed sparkling new luxury cars are plentiful again, at least in Austin. It’s enough to make me wonder why someone hasn’t created a used car indicator to predict bear stock markets.

Death and income taxes are a fact of life. In 2008, tax preparation was another thing US consumers couldn’t forego even during hard financial times.

Some companies were just smart despite the recession. Dollar Tree and AutoZone took steps to increase stock value in 2008. Here are two more companies that did, too.

Budweiser was up 39.4% outperforming the S&P 500 by 77.9%. Budweiser is another company that had triple benefits in 2008. First, people drink more to numb the pain during bad times. Second, Budweiser is cheap.

It surprised me to find that Hasbro went up in 2008 since children’s toys are not a major priority. Toy maker Hasbro rose a very respectable 16.8% in 2008.

It may have not been so much that people buy their kid’s toys no matter what as other factors.

During the year they acquired Cranium and signed an agreement with Universal Pictures to produce several films. They also had good performance from their licensed brands.

Plus, like beer, movies are a great escape during bad times. And it’s cheaper to watch a movie than many other forms of entertainment.

Americans need their medicine, perhaps to counter all the increased hamburger and fries consumption in 2008. And again, the fact that insurance companies (or the government) pay for most medicine helps sales during recessions. (What an interesting society we live in.)

For example, Amgen was up 24.3% beating the S&P 500 by 62.8%. Revenue was up 3% in 2008 since consumers need medicine regardless of the economy. Amgen, however, smartly bought back their stock shares during the financial crisis helping boost the stock price. Amgen’s stock rose in 2008 due to both the demand for medicine and the share buybacks.

Celgene’s revenue grew 59% in 2008 demonstrating again that medicine is one thing consumers won’t go without.

Here’s another case of people requiring medicine even when times are hard. I did notice that in 2006 Gilead bought both Corus Pharma and Raylo Chemicals. In 2007 they entered a licensing agreement with Parion for respiratory therapy products. Like most of the companies here, management was actively taking steps to improve revenue despite the recession.

Picking individual stocks likely to do well in a bear market or recession can be like picking a needle in a haystack. Picking a sector ETF (Exchange Traded Fund) can be an easier investment to make ahead of recessions.

ETF’s can be bought and sold in your brokerage account just like stocks making them an excellent stock alternative. ETFs also provide instant diversification which lowers the investment risk that comes from a single stock.

Since stocks as a whole were down in 2008, stock ETFs were down with the exception of short stock ETFs which are for very advanced investors only and not covered here. But there are ETFs in other sectors that did extremely well in 2008 as addressed next.

As long as you’re looking at stocks that went up in 2008, you may want to check out these defensive sector ETFs. Read my related post What Are the Risks of Bonds?

Defensive assets Treasury bonds and gold based ETFs tend to do well during stock bear markets. This makes these sectors a good place to begin your research for investments that did well in 2008.

Another plainer vanilla Treasury bond ETF that was up in 2008 was TLT, the iShares Barclay 20+ Year Treasury Bond ETF. It returned 33.77%.

While bonds are usually an excellent way to offset stock market risk in a portfolio, once the bear market ends they are prone to tumble since they are used primarily as a defensive investment now.

Gold is often a good hedge during recessions and related bear markets. While there are individual gold stocks, there are also gold ETFs. For example, the gold ETF, IAU for iShares COMEX Gold Trust, had a return of 5.42% in 2008.

As long as we’re looking at ETFs and stocks that went up in 2008, I’d be remiss if I didn’t at least mention what global bonds did in the past 2 bear markets of the 2000s decade.

In comparison to stocks, in 2002, the Russell 1000 large cap growth stock index had a return of -27.88%. JPMorgan Global Government Bond unhedged index returned 19.37% that same year.

Having shared this, and while not claiming to be an expert on global bond markets,  I’ll say that global bonds seem to be in a different situation than they were in 2002 and 2008.

Summary for Stocks That Rose in 2008

As you can see, it helps to evaluate an investment from a perspective of managing risk within a portfolio as well as opportunity based on market cycles.

The stocks that went up in 2008 fit three major categories:

And then, as usual, Treasury bond ETFs went up as most stocks went down in 2008. A gold ETF also held it’s ground.

While the companies and sectors may vary somewhat, similar themes tend to play out in bear markets making a few investments winners amidst the carnage for proactive investors. Knowing this can help investors lower risk while building wealth when stock markets are going both up and down.

The best place to start is with my Ultimate Wealth Plan. You can get it here now.

Thanks for reading. If you enjoyed this post, please share it with others on your favorite social media.

As always, research carefully before making any investments,  as nothing here is meant to be personal financial advice.