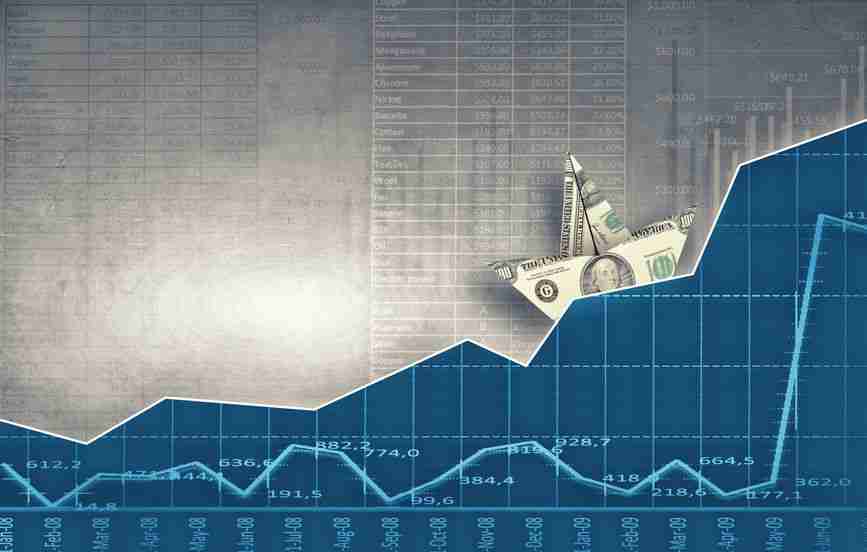 While we usually think our stocks have performed well because we chose the right stock, fund, or financial advisor, the economy is usually the driving factor for stock prices.

How Does the Economy Affect Stock Prices?

We all learned about economics in school. Let’s be honest, though, it’s a forgettable subject for most of us.

This video by Ray Dalio, How the Economic Machine Works, reminded me of important facts about how the economy affects stock prices, as well as real estate and bond prices. It’s a must see for every investor.

Here are a few main takeaways.

Like you, I knew that already, but I tend to think of money as the driver of spending. Money and credit make up the amount spent, not just money.

Credit Is the Biggest Part of the Economy

The Central Government collects taxes and spends money while the central bank controls the amount of money in the economy. This is done by manipulating interest rates and printing money.

How Long Is the Long Term Debt Cycle?

There are two major debt cycles; the long term debt cycle takes 75 to 100 years but the shorter one lasts 5 to 8 years.

If we didn’t have debt, we would have to increase productivity to make more money.

What Is the Debt Cycle

With debt, we have to make more money in the future to pay it back. This creates a personal debt cycle created from borrowing. The overall economy also has both short and long term debt cycles.

Debt can be good when it buys assets that increase income but bad when it increases consumption. You’ve seen this good debt philosophy here before in my post about real estate rentals that pay for themselves. I also talk about this in my video below:

How Does Credit Affect Stocks?

Everyone feels wealthy because incomes are increasing and stock prices are rising. A stock market bubble eventually happens. Income must continue to rise at least as much as debt to maintain this cycle.

How Does Deleveraging Affect Stock Prices?

During deleveraging, stock prices fall as investors sell stocks to pay debt and for money to live since incomes have fallen.

Difference Between Deleveraging and Recession

The decreased spending results in deflation.

Deleveraging involves debt reductions, spending cuts, transferring wealth, and printing money.  When these are balanced and done well, it can work.

Does Printing Money Cause Inflation?

Printing money won’t cause inflation if it offsets falling credit.

How Long Until the Economy Is Normal Again?

It takes at least a decade for debts to decrease and economic activity to return to normal. This is where the term the lost decade comes from.

While the economy may seem esoteric, you can see how much the economy affects stock prices. For this reason, it’s always wise to see where we are on both the long term and short term debt cycle when investing.